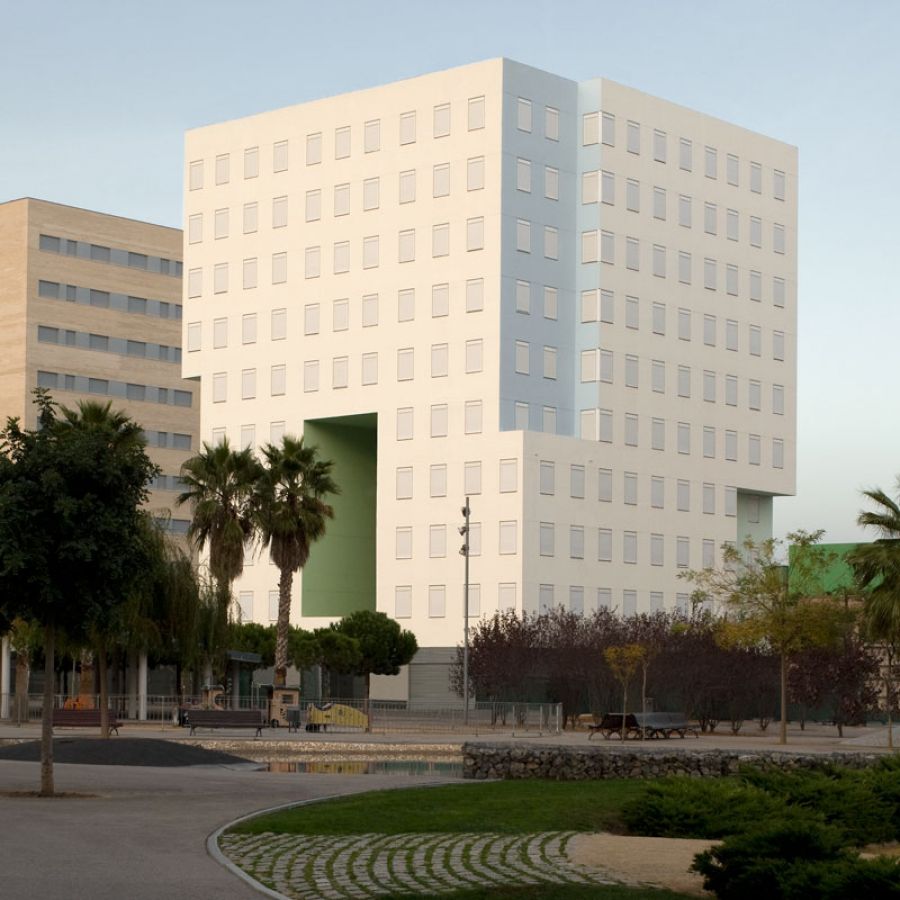 The building is located halfway between a citizen’s square and a perimeter urban avenue, occupying a central position in the square and opening up to the distant horizon over the lower industrial buildings which delimit the opposite pavement of the avenue. Strategically playing between the maximum number of housings allowed and the standardized urban clearance, two collective indoor spaces are created inside the block. One of them is located on the first floor and opens to the public space of the square. The other, located on the fifth floor and open to the further landscape. All of it makes the collective space and the access to the housings having a special environmental quality which relates to its surroundings. The block is presented with a regular and blunt volumetrics with similar and repeated apertures which stress the perception of its mass and, at the same time, add value to its inner gap. The colour (white, green, blue) is used, together with the varying daylight, to stress a certain textural dispersion which lightens the urban image of its volumetrics and deliberately contradicts, at a perceptual level, the unavoidable association between mass and visual weight.